Special thanks from the Jenkins project to users and contributors with the New Year! Let’s take a look at some changes this year. 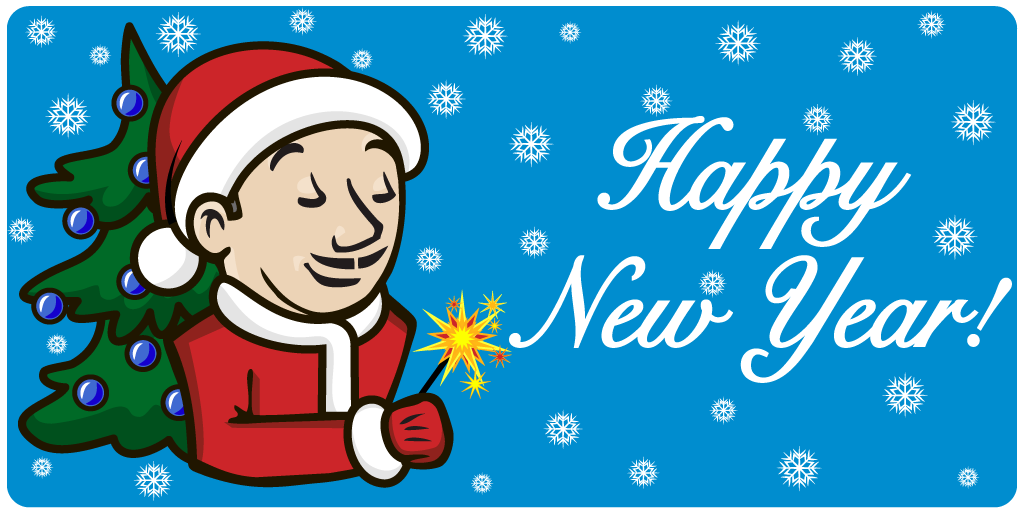 The highlights in this blog post do not cover all the advancements in the project.

The Jenkins project participates in major open source events around the world. These events bring new and existing contributors together to improve Jenkins. 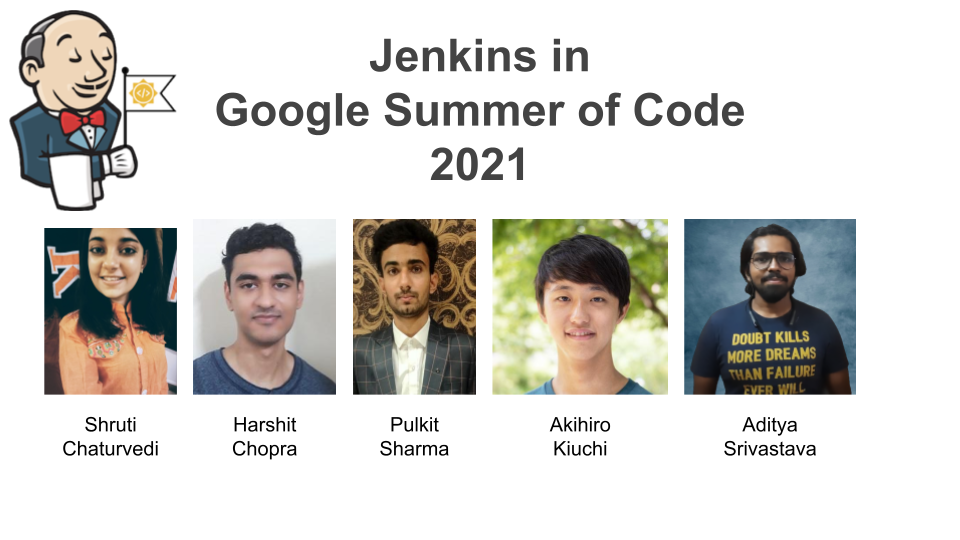 The Jenkins project continued its deep commitment to Google Summer of Code in 2021.

Special thanks to the Google Summer of Code students:

Read more about their results and their impact on the Jenkins project in the end of project report. 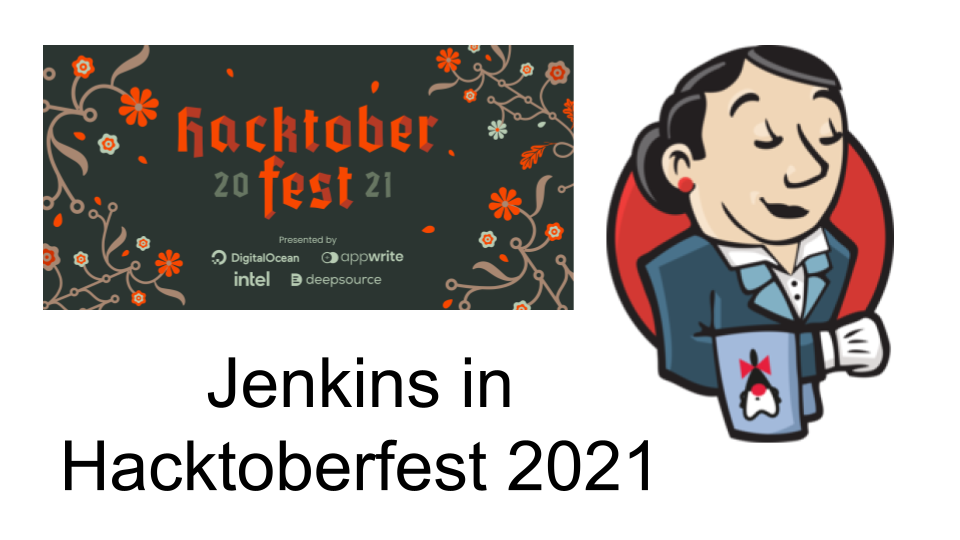 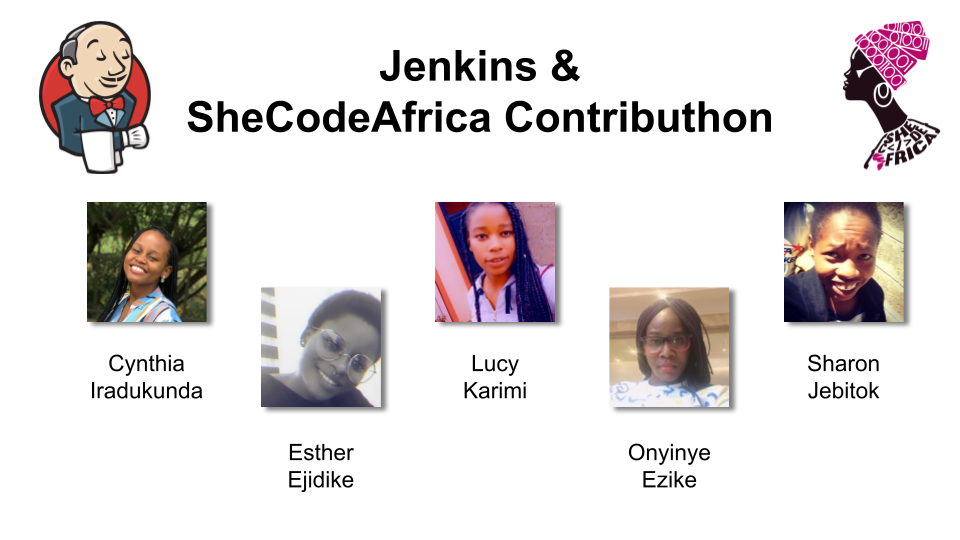 The five women met with mentors twice weekly for a month. They built Jenkins core and Jenkins plugins and submitted pull requests to improve Jenkins plugin online help and documentation. The 5 mentees on the Jenkins project joined the project from Nigeria, Kenya, and Rwanda.

More details are available in the She Code Africa blogpost.

The Jenkins project is truly fortunate to have so many sponsors contributing to its success. We thank our sponsors sincerely and look forward to their continuing support. The Jenkins project depends on sponsor organizations for its infrastructure, tools, and funding.

Many contributors are employed by sponsor companies like CloudBees and Red Hat.

Jenkins development is tracked with tools provided by sponsors like GitHub, JFrog, Atlassian, the Linux Foundation, Netlify, and 1Password. Site search for the Jenkins primary web site and the plugins site is provided by Algolia.

As the culmination of 12 months of work by many different people, Jenkins modernized its configuration forms in Jenkins 2.277.1. The Jenkins user interface is now much better adapted to narrow screens and modern web layout techniques. It works well on all modern web browsers.

The configuration form modernization introduction included a changelog, an upgrade guide, and an introductory webinar.

Many outdated Jenkins dependencies were updated or replaced by 2021 development work.

We look forward to even greater adoption of continuous delivery for plugins in 2022.

Prefer Java 11 instead of Java 8

Java 11 was adopted as the recommended JDK during 2021. Docker images now use JDK 11 by default. See the blogpost for more information about the Docker image transition.

Docker images with Java 11 are also available for multiple platforms, including 64 bit ARM and IBM s390x.

The Jenkins project decided in 2016 to replace the term "slave" with the more inclusive term "agent". In July 2020 the project adopted the "controller" term to replace the older term "master".

Jenkins core 2.319.1 was released in December 2021 replaced the term "master" with more accurate terminology. The release also includes an integrated migration tool to allow existing installations to decide when they would adopt the new terminology.

Daniel Beck proposed Jenkins Enhancement Proposal 235 in November, 2021 to remove the ability to disable or customize the agent-to-controller security system. Telemetry has been added to Jenkins releases beginning with 2.319.1 and Jenkins 2.326. The telemetry reports agent use of methods to access files on the controller. As controller file access from agents is detected by the telemetry, issues are raised to remove that access from the offending plugin.

In September, 2021, a zero day vulnerability was disclosed in the Confluence version used in the Jenkins project. The infrastructure team permanently disabled the service, rotated privileged credentials, and actively reduced the scope of access across the Jenkins infrastructure. Passwords for all user accounts on jenkins.io were reset. Users were required to perform a password recovery in order to regain access to their jenkins.io accounts. See the blogpost for more details.

Wadeck Follonier coordinated and mentored an end-of-study security research project for four students during the last year of their Master’s Degree - Reliability and IT Security at the University of Aix-Marseille. The students applied their university training to audit Jenkins core and many Jenkins plugins for specific types of security issues. Their project resulted in 14 vulnerabilities reported in Jenkins security advisories. More details of their results and their processes are available in the blogpost.

The Jenkins plugins site has become the definitive location for information about Jenkins plugins. It successfully presents plugin documentation, changelogs, and dependencies for over 1100 plugins.

Site search is provided by an Algolia open source sponsorship for easy and accurate search of Jenkins plugins. Search performance reports are used to refine and improve the site.

Jenkins plugin maintainers migrated plugin documentation for over 200 plugins into plugin repositories. Documentation in GitHub repositories is easier to update, easier to manage, and more likely to be correct. 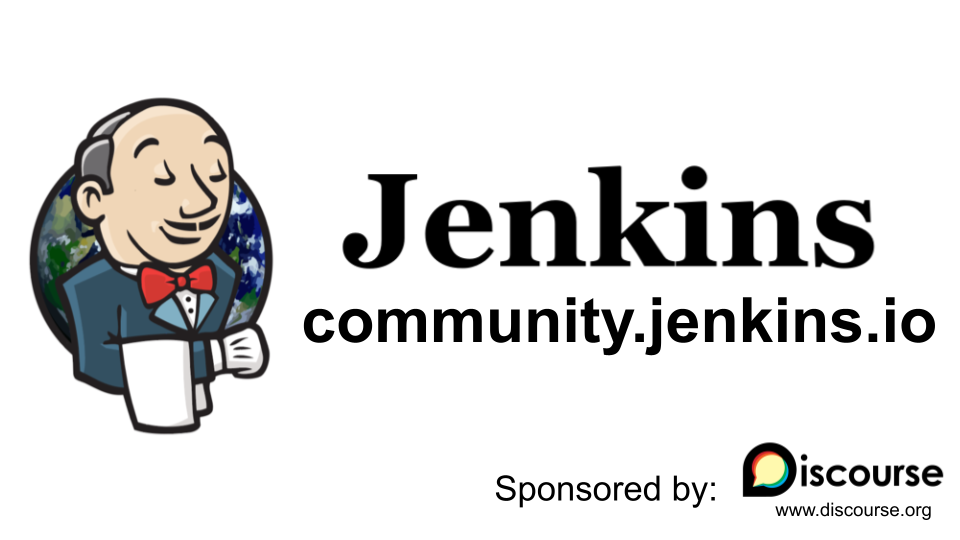 The Jenkins community has improved its communication with the addition of a new internet forum, community.jenkins.io. Discourse sponsors the internet forum management software that runs the community site. The site hosts question and answer forums, highlights novel and interesting use of Jenkins, and encourages users to help one another. See the "2021: Year in Review" page for more details on the use and evolution of the community site.

Jenkins is the way 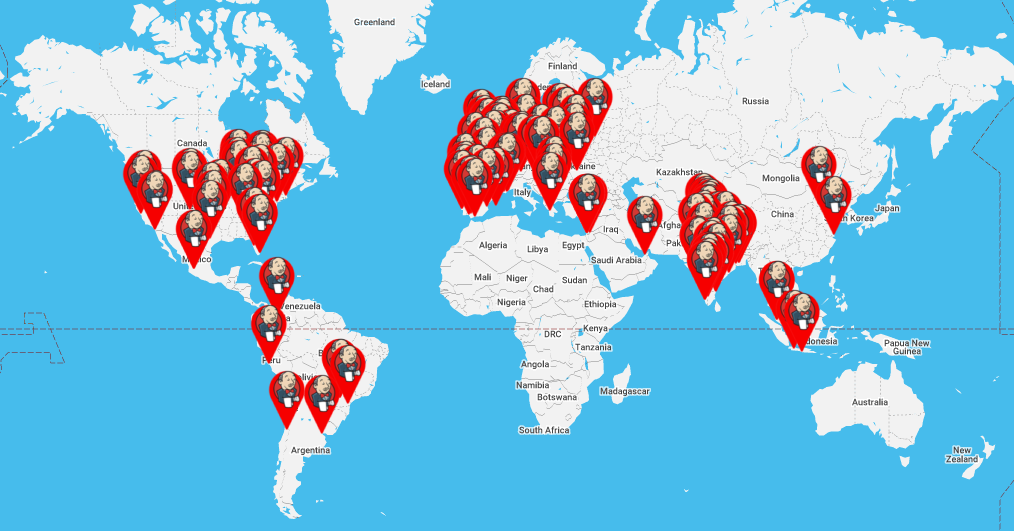 "Jenkins Is The Way" is a global showcase of how developers and engineers are building, deploying, and automating great stuff with Jenkins. 138 new user stories were added to the site in 2021. Jenkins use around the world was highlighted in 3 eBooks.

The Jenkins project will be busy in 2022. User experience improvements are arriving. Java updates are continuing. In the coming months there will be discussions on the community site, in the mailing lists, special interest groups, and contributor summits. We invite all teams to work on their roadmaps and to communicate them in the community.

We also plan to continue all outreach programs. At the moment we are looking for Google Summer of Code 2022 mentors and project ideas (announcement). We also work on improving contribution guidelines for newcomers and expert contributors. If you are interested, please contact the Advocacy and Outreach SIG.

This blog post does not provide a full overview of what changed in the project. The Jenkins project consists of more than 2000 plugins and components which are developed by thousands of contributors. Thanks to them, a lot of changes happen in the project every day. We are cordially grateful to everybody who participates in the project, regardless of contribution size. Everything matters: new features, bug fixes, documentation, blog posts, well reported issues, Stackoverflow responses, etc. THANKS A LOT FOR ALL YOUR CONTRIBUTIONS!

So, keep updating Jenkins and exploring new features. And stay tuned, there is much more to come in 2022!