File fingerprinting is a way to track which version of a file is being used by a job/build, making dependency tracking easy. The fingerprinting engine of Jenkins can track usages of artifacts, credentials, files, etc. within the system. It does this by maintaining a local XML-based database. This led to dependence on the physical disk of the Jenkins controller. 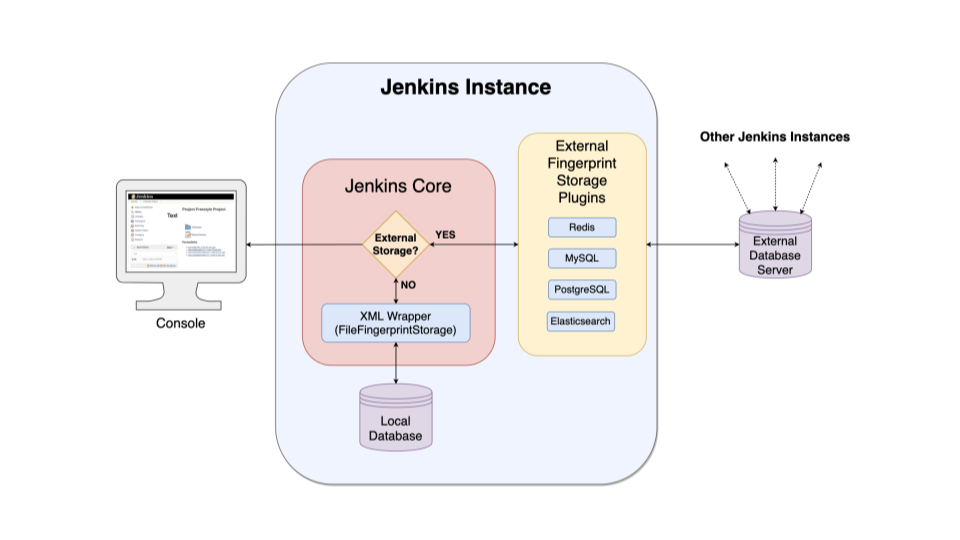