Goal: Provide an out of the box solution for packaging Jenkins distributions as WAR files or Docker images

The main idea behind the project is to build a customizable Jenkins distribution service that could be used to build tailor-made Jenkins distributions. The service would provide users with a simple interface to select the configurations they want to build the instance with eg: plugins, authorization matrices etc. Furthermore it would include a section for sharing community created distros so that users can find and download already built Jenkins war/configuration files to use out of the box.

The roadmap for the future can be found here.

The below diagram is the overview of the proposed sequence Diagram: 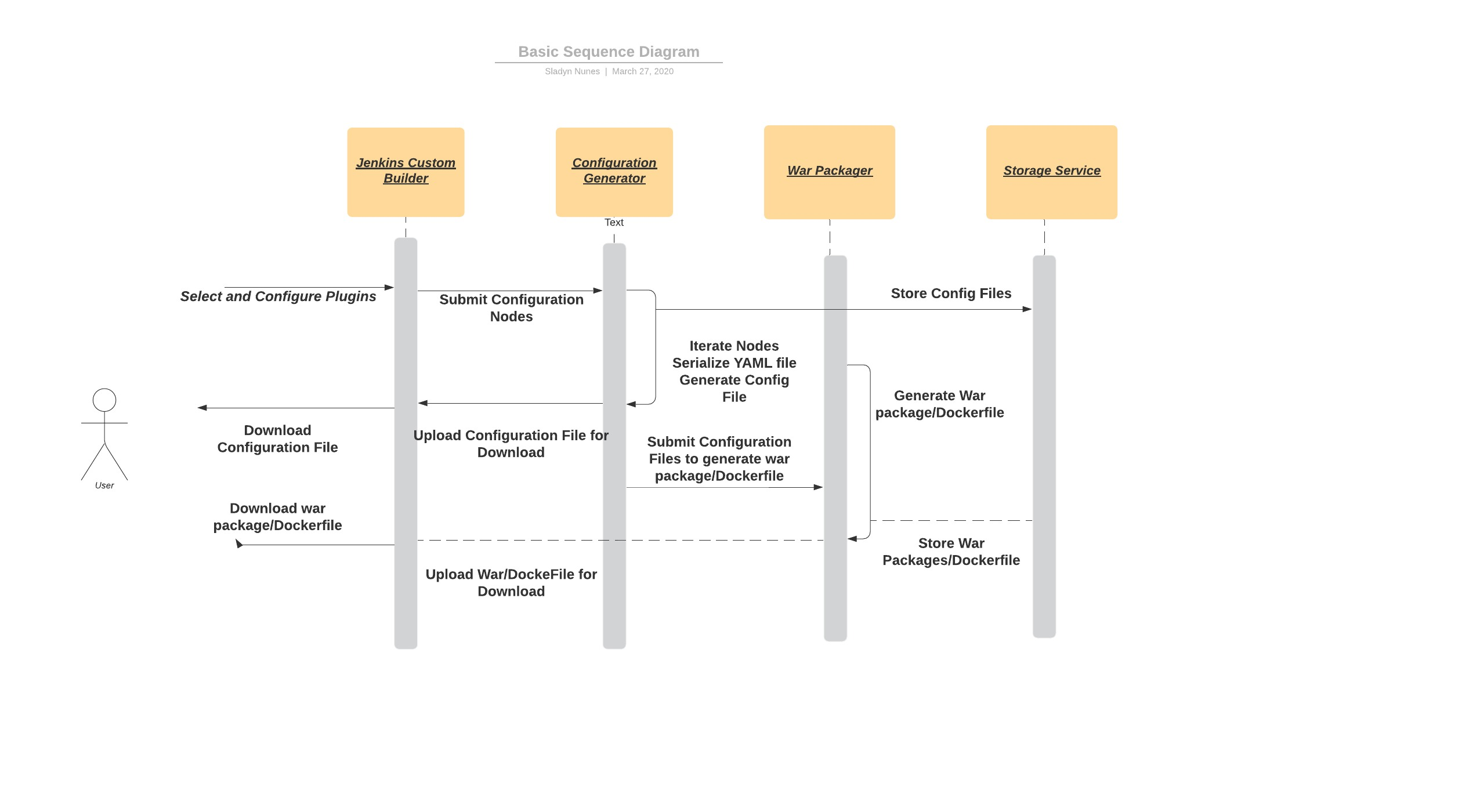 Office hours are scheduled every Tuesday at 13:00 UTC, and every Thursday at 12:00 UTC The meeting notes available for anyone to read.

The Custom Distribution Service was created from scratch during GSoC and can be found here on Github.