We would like to announce changes in the Jenkins Governance Board. As it was announced earlier this month, Marky Jackson has decided to step down from his elected roles. On behalf of the Jenkins community, we would like to thank Marky for all contributions and for the continued participation in the Jenkins community. As an active Jenkins contributor and community leader, Marky helped a lot of initiatives to happen: Jenkins and Kubernetes ecosystem, terminology changes, GSoC and GSoD, pipeline authoring SIG and many more activities. Thank you Marky!

The governance board has followed the interim procedure to nominate the new governance board member until the end of the term. The board decided to respect the results of the 2020 elections and to nominate Ewelina Wilkosz who received the most of the votes after the elected candidates. She has accepted the nomination, and on March 10th the Governance Meeting has confirmed it. We are happy to welcome Ewelina Wilkosz as a new Governance Board Member!

Ewelina will join other governance Board Members: Kohsuke Kawaguchi, Ullrich Hafner, Oleg Nenashev, and Gavin Mogan. The term will last until December 2022.

Ewelina has been a Jenkins Contributor since 2017, when she got involved in Jenkins Configuration as Code Plugin development. Voted Most Valuable Jenkins Contributor in 2018. She has 14 years of experience in IT, working as a CI/CD consultant since the beginning of 2017. In that role she’s trying to solve numerous issues Jenkins users are facing daily - as developers, administrators, maintainers. 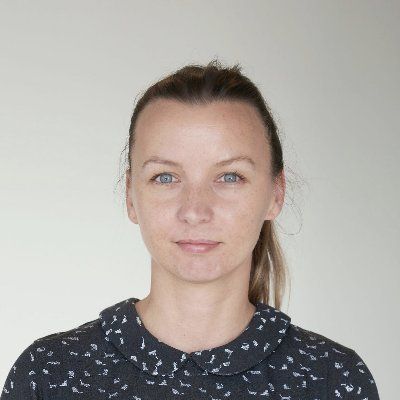 Here is Ewelina’s statement from the elections:

As a consultant I support my customers with their Jenkins issues since the beginning of 2017. And almost from the start it was some kind of "as code" approach. The experience I gained during that time resulted in getting myself involved in the development of Configuration as Code Plugin for Jenkins. I consider becoming a part of Jenkins Community one of the most valuable experiences in my career so far. I appreciate how much I have learned and how welcoming the community is.

I am not a very active contributor these days, at least when it comes to code, but what I have to offer is rather extensive experience with Jenkins end users - from small, single instance setups to environments with hundreds of controllers run in a different way on different operating systems. Every day I see challenges those users go through, I know what issues they are facing and which features they consider valuable or missing. As a Jenkins Governance Board Member I can represent those users.

Thanks to my involvement in Configuration as Code Plugin development I had a chance to deliver a number of public presentations where I focused on the benefits of the solution and tried to make it easier for newcomers to try it. Here are a few examples of my activities related to Jenkins Configuration as Code: blogpost, cdCON presentation, podcast recording. So my focus is not only on representing users but also on educating them, and educating myself, so I actually know what they need and why.

What’s next for the Jenkins Governance Board?

In February we had the Jenkins Contributor Summit. There we discussed many topics related to the Jenkins evolution and its roadmap. We identified several initiatives we would like to focus on, including but not limited to improving user experience, contributor onboarding, and securing Jenkins delivery pipelines. These initiatives will be a key focus until the next contributor summit we plan to organize in June. The board will also focus on maintaining the Jenkins governance processes (meetings, budget approvals, funding, etc.) and facilitating contributions to the project.

Jenkins Governance Board has just a representative function in the community. The project and the community have a long history of open and inclusive governance driven by many contributors. We invite all community members to participate in the project by joining the governance meeting, participating in the mailing list conversations, and joining special interest groups driving particular topics.

See this page to know more about contributing to Jenkins in general.