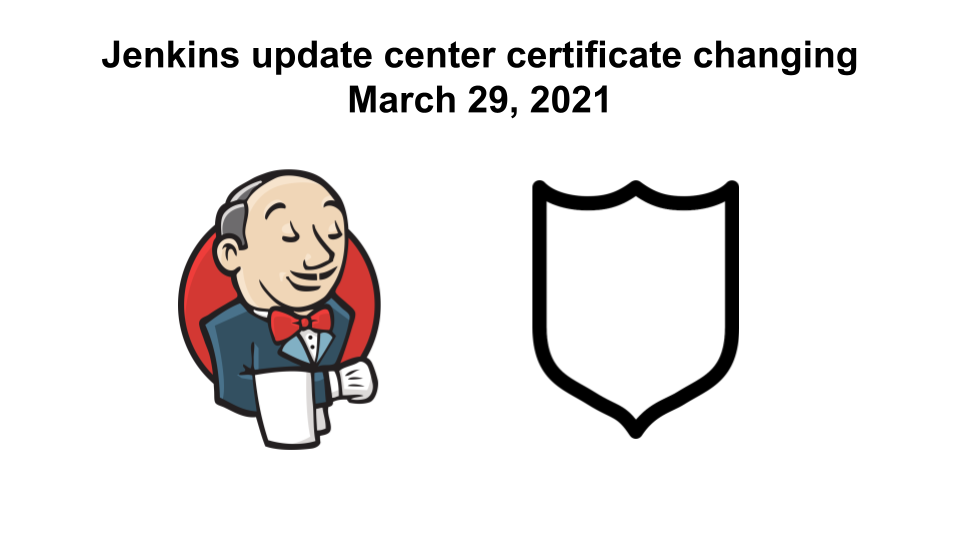 On the 29th of March 2021, we’ll rotate the Jenkins update center certificate. The existing certificate expires in April 2021. When the new certificate is installed on March 29, 2021, Jenkins versions older than 2.178 (April 2018), won’t be able to communicate with the default and experimental update centers. Instances using alternative update centers (self-hosted or vendor-provided) will not be affected by this change. Regarding plugins update, the update-center usually supports up to one-year-old Jenkins core versions with 2.204 being the oldest version supported.

If you don’t update regularly, please review the Jenkins security advisories and use this change as your motivation to update to a more recent Jenkins version.

Jenkins users running Jenkins versions older than 2.178 will not see any further updates after the update center certificate change March 29, 2021.

Jenkins users running versions 2.178 or newer are not affected by this change.

So again, keep your instance updated and everything should be fine.