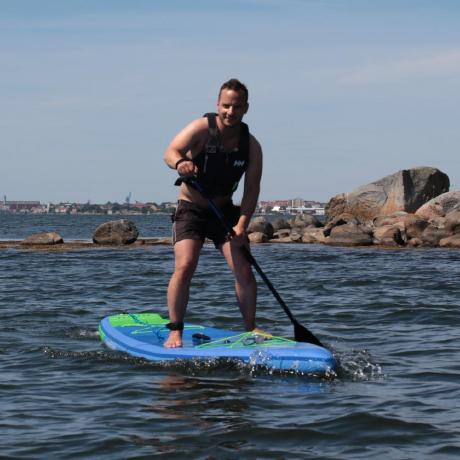 This post will describe some common problems I’ve had with Jenkins and how I solved them by developing Generic Webhook Trigger Plugin.

I was often struggling with the same issues when working with Jenkins:

Having Jenkinsfiles in every Git repository allows developers to let those files diverge. Developers pushes forward with their projects and it is hard to maintain patterns to share code.

I have, almost, solved code duplication with shared libraries but it does not allow me to setup a strict pattern that must be followed. Any developer can still decide to not invoke the features provided by the shared library.

A Branch Is Not A Feature

In Bitbucket there are projects and each project has a collection of git repositories. Something like this:

Lets think about some features we want to provide for these repositories:

If the developers are use to the repositories being organized like this in Bitbucket, should we not organize them the same way in Jenkins? And if they browse Jenkins should they not find one job per feature, like pull-request, snapshot and release? Each job with parameters only relevant for that feature. I think so! Like this:

In this example, both snapshot and release jobs might work with the same git branch. The difference is the feature they provide. Their parameters can be well documented as you don’t have to mix parameters relevant for releases and those relevant for snapshots. This cannot be done with Multibranch Pipeline Plugin where you specify parameters as properties per branch.

Webhooks are often well documented in the services providing them. See:

It bothered me that, even if I understood these webhooks, I was unable to use them. Because I needed to perform development in the plugin I was using in order to provide whatever value from the webhook to the build. That process could take months from PR to actual release. Such a simple thing should really not be an issue.

My solution is pretty much back to basics: We have an automation server (Jenkins) and we want to trigger it on external webhooks. We want to gather information from that webhook and provide it to our build. In order to support it I have created the Generic Webhook Trigger Plugin.

The latest docs are available in the repo and I also have a fully working example with GitLab implemented using configuration-as-code. See the repository here.

I establish a convention that all developers must follow. Instead of letting the developers explicitly invoke the infrastructure from Jenkinsfiles. There are rules to follow, like:

With these rules, pipelines can be totally generic and no Jenkinsfiles are needed in the repositories. Some git repositories may, for some reason, need to disable test cases. That can be solved by allowing repositories to add a special file, perhaps jenkins-settings.json, let the infrastructure discover and act on its content.

This also helps the developers even when not doing CI. When they clone a new, to them unknown, repository they will know what commands can be issued and their semantics.

A Branch Is Not A Feature

By integrating with the git service from Job DSL I can automatically find the git repositories. I create jobs dynamically organized in folders. Also invoking the git service to setup webhooks triggering those jobs. The jobs are ordinary pipelines, not multibranch, and they don’t use Jenkinsfile from Git but instead Jenksinfile configured in the job using Job DSL. So that all job configurations and pipelines are under version control. This is all happening here.

The plugin uses JSONPath, and also XPath, to extract values from JSON and provide them to the build. Letting the user pick whatever is needed from the webhook. It also has a regular expression filter to allow not triggering for some conditions.

Tomas Bjerre is an experienced fullstack software developer. Been working full time since 2010 after graduating with a masters degree in computer science from Lund University (Faculty of Engineering, LTH). Is currently working full time and maintaining a bunch of Jenkins plugins on his spare time.