Hello, I am Jenn, the new Product Manager for Blue Ocean and Jenkins Pipeline at CloudBees. I am based out of the Seattle area and am excited to be working on Jenkins. :D We released version 1.5.0 of the Blue Ocean plugin late last week. If you’re using Blue Ocean, you’ll want to grab this update since it includes many improvements and bug fixes! 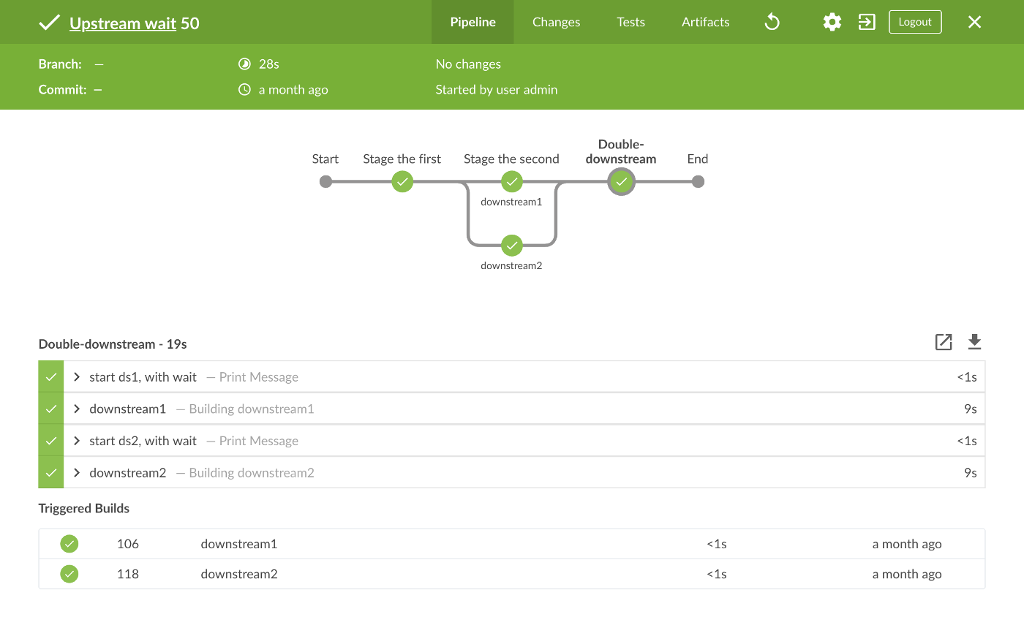 With Blue Ocean 1.5.0, users can now Reorder Steps in the Blue Ocean Pipeline Editor simply by dragging and dropping steps to reorder them in the list of steps. (JENKINS-38323)

The "Artifacts" tab also now supports pagination, which allows developers to paginate through the Artifacts tab. Previously, this list was cut off at 100 entries. (JENKINS-43588)

We were able to include two performance improvements in 1.5.0 which reduce the Dashboard loading time in Blue Ocean:

Plugin updates in Jenkins are available in the Plugin Manager Update Center. This page includes instructions for using the UI and CLI to update your plugins: https://jenkins.io/doc/book/managing/plugins/.

If you are using the Blue Ocean UI, click Administration in the page’s header to open Plugin Manager.

Installing the primary Blue Ocean plugin will update its dependencies as well.