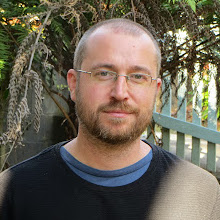 As we get closer to Blue Ocean 1.0, which is planned for the end of March, I have started highlighting some of the good stuff that has been going on, and this week was a very busy week.

A new Blue Ocean beta (b18) was released with: 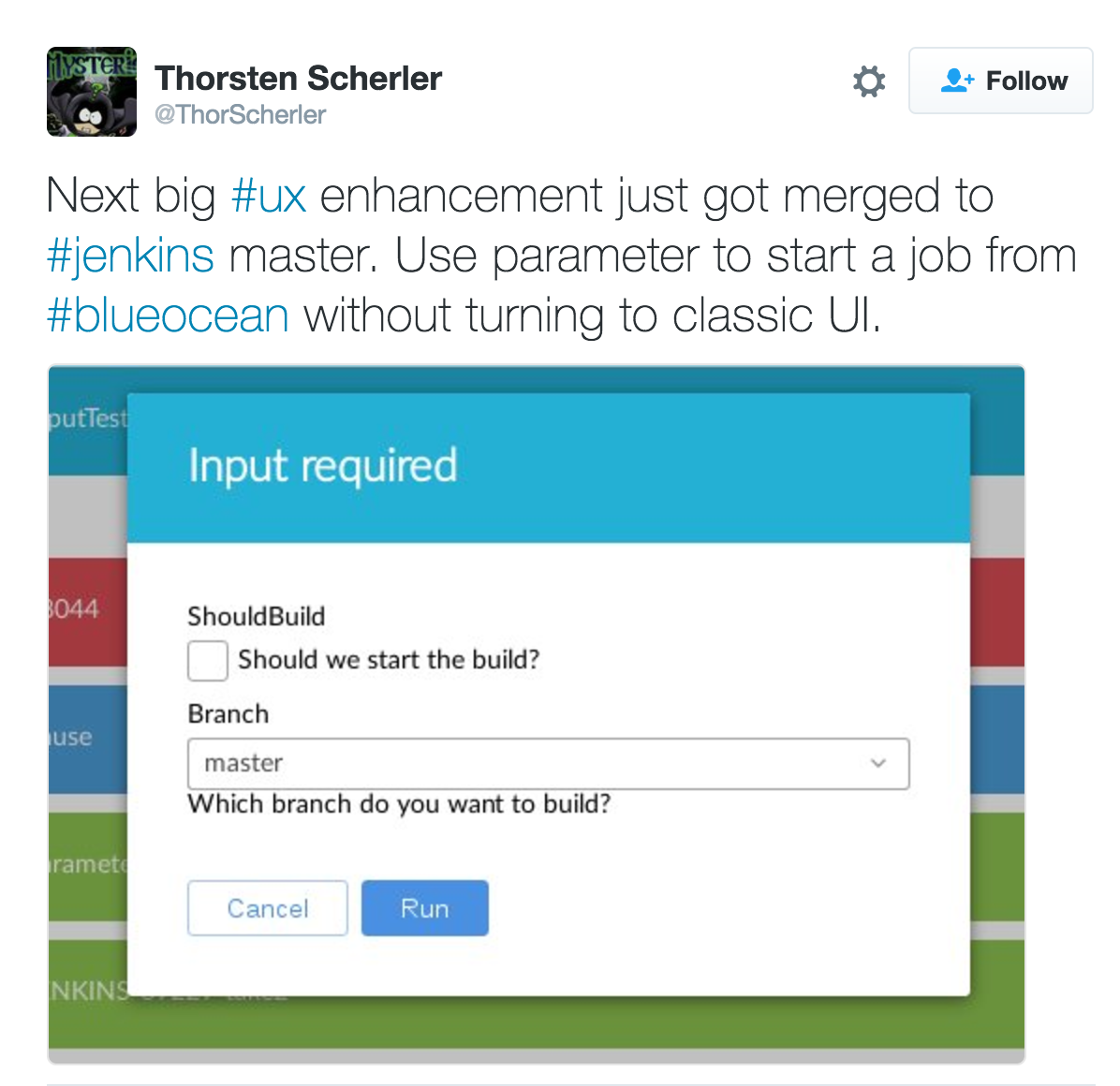 That twitter account is mostly pics of Thorsten in running gear, but occasionally he announces new features as they land.

When you run a pipeline that requires parameters, it will popup a dialog like this no matter where you run it from. Most input types are supported (similar to input), with a planned extension point for custom input types. 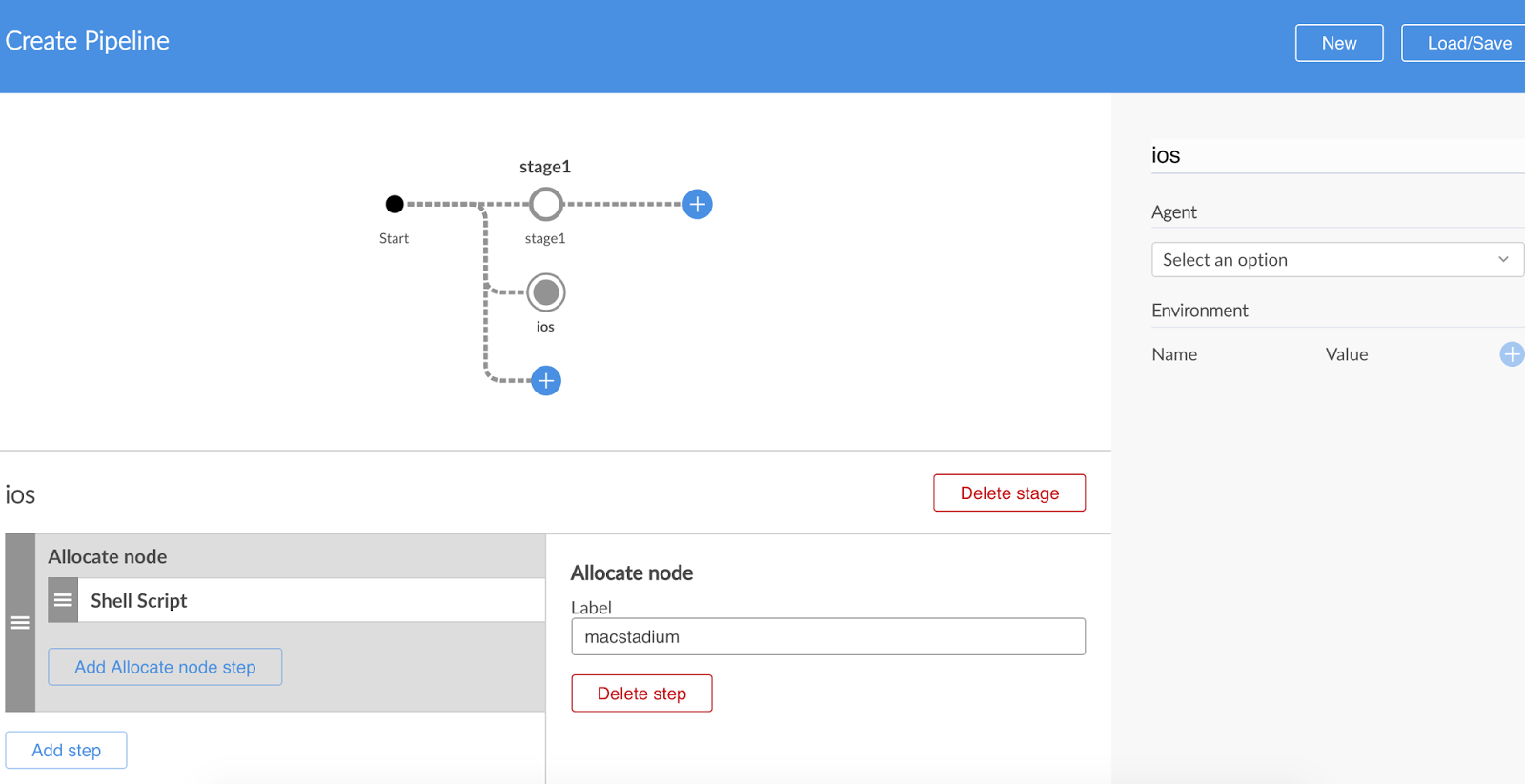 A very-very early version of the Blue Ocean Pipeline Editor plugin that will set your hair on fire of the editor is in the experimental update center.

Declarative pipelines are still not at version 1.0 status, but will be shortly. This editor allows you to roundtrip Jenkinsfiles written in this way, so they can be edited as text, or visually. The steps available are discovered form the installed plugins. One to watch.

Michael is a CD enthusiast with a interest in User Experience. He is a co-founder of CloudBees and a long time OSS developer, and can often be found lurking around the jenkins-dev mailing list or #jenkins on irc (same nick as twitter name). Before CloudBees he worked at Red Hat.