As we get closer to Blue Ocean 1.0, which is planned for the end of March, I figured it would be great to highlight some of the good stuff that has been going on. It’s been a busy-as-usual week as everyone comes back from vacation. A couple of new betas went out this week. Of note: 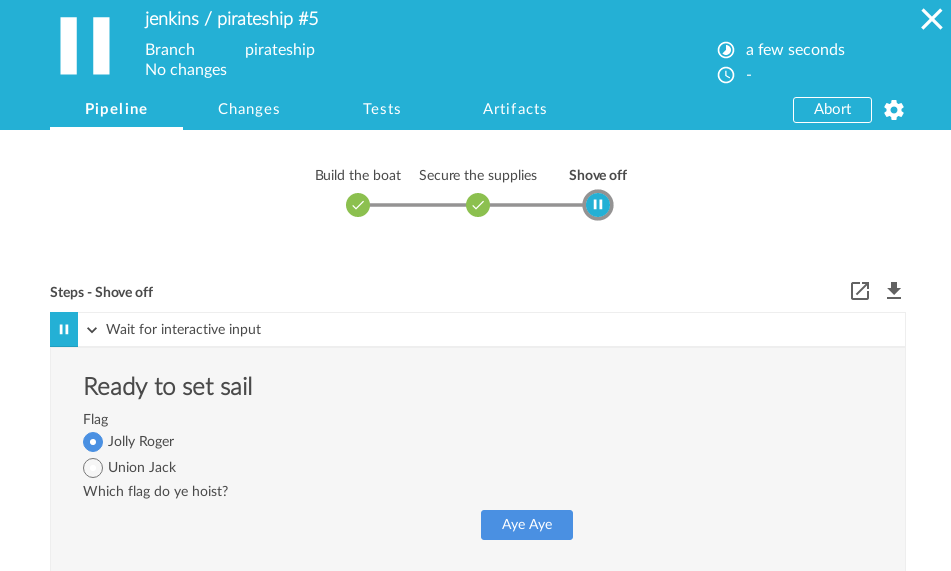 Also a bunch of work has been done to support parametrized pipelines, as well as creation of new multibranch pipelines (both are much asked for).

There is also now an "official" Docker image being published to Docker Hub. The Pipeline building the container is run weekly and will be picking up newly tagged releases of Blue Ocean.

Running the latest can be as simple as:

This is built on the incredibly popular official "jenkins" image (10M pulls can’t all be wrong!). The container also has tags available (e.g. jenkinsci/blueocean:1.0.0-b16) for grabbing a specific released version.

Up next for Blue Ocean development as we march towards 1.0: