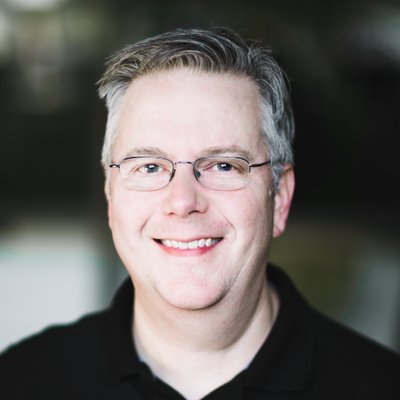 Jenkins Pipeline (or simply Pipeline with a capital P) is a suite of plugins that supports implementing and integrating continuous delivery pipelines into Jenkins. This allows you to automate the process of getting software from version control through to your users and customers.

Pipeline code works beautifully for its intended role of automating build, test, deploy, and administration tasks. But, as it is pressed into more complex roles and unexpected uses, some users have run into snags. Using best practices – and avoiding common mistakes – can help you design a pipeline that is more robust, scalable, and high-performing.

We see a lot of users making basic mistakes that can sabotage their pipeline. (Yes, you can sabotage yourself when you’re creating a pipeline.) In fact, it’s easy to spot someone who is going down this dangerous path – and it’s usually because they don’t understand some key technical concepts about Pipeline. This invariably leads to scalability mistakes that you’ll pay dearly for down the line.

If you treat the DSL as a general-purpose programming language, you are making a serious architectural blunder by doing the wrong work in the wrong place. Remember that the core of Pipeline code runs on the controller. So, you should be mindful that everything you express in the Pipeline domain specific language (DSL) will compete with every other Jenkins job running on the controller.

For example, it’s easy to include a lot of conditionals, flow control logic, and requests using scripted syntax in the pipeline job. Experience tells us this is not a good idea and can result in serious damage to pipeline performance. We’ve actually seen organizations with poorly written Pipeline jobs bring a controller to its knees, while only running a few concurrent builds.

However, this raises another question: “What if I don’t have any agents connected to my controller?” If this is the case, then you’ve just made another bad mistake in scaling Jenkins pipelines. Why? Because the first rule of building an effective pipeline is to make sure you use agents. If you’re using a Jenkins controller and haven’t defined any agents, then your first step should be to define at least one agent and use that agent instead of executing on the controller.

For the sake of maintaining scalability in your pipeline, the general rule is to avoid processing any workload on your controller. If you’re running Jenkins jobs on the controller, you are sacrificing controller performance. So, try to avoid using Jenkins controller capacity for things that should be passed off to an agent. Then, as you grow and develop, all of your work should be running agents. This is why we always recommend setting the number of executors on the master to zero.

Use Just Enough Pipeline to Keep Your Pipeline Scalable

All of this serves to highlight our overarching theme of “using just enough pipeline.” Simply put, you want to use enough code to connect the pipeline steps and integrate tools – but no more than that. Limit the amount of complex logic embedded in the Pipeline itself (similarly to a shell script), and avoid treating it as a general-purpose programming language. This makes the pipeline easier to maintain, protects against bugs, and reduces the load on controllers.

Another best practice for keeping your pipeline lean, fast, and scalable is to use declarative syntax instead of scripted syntax for your Pipeline. Declarative naturally leads you away from the kinds of mistakes we’ve just described. It is a simpler expression of code and an easier way to define your job. It’s computed at the startup of the pipeline instead of executing continually during the pipeline.

That said, it’s not accurate to say that declarative plus a shared library will solve every problem. There are cases where scripted is the right solution. However, declarative is a great starting point until you discover that you absolutely must use scripted.

Just remember, at the end of the day, you’ll do well to follow the adage: “Use just enough pipeline and no more.”

Thanks to our Sponsor

Mark and Darin both work for CloudBees. CloudBees helps Fortune 1000 enterprises manage and scale Jenkins. Thanks to CloudBees for sponsoring the creation of this blog post.

Mark and Darin joined Hope Lynch and Joost van der Griendt to share additional topics in a CloudBees on-demand recording, "Optimizing Jenkins for the Enterprise". Register for the on-demand recording to receive more information on configuration as code, plugin management, and Pipelines.

Darin is a developer advocate for CloudBees. He is the co-host of the weekly DevOps Paradox podcast. He also hosts regular livestream sessions on continuous integration and continuous delivery. Recordings of his live stream sessions are available on the CloudBees TV YouTube channel.