Pipelines are the efficient and modern way how to create jobs in Jenkins. To recognize pipeline changes quickly and easily, we developed the Pipeline Configuration History plugin. This plugin detects changes of pipelines and provides the user an option to view changes between two builds (diffs) of pipeline configurations visibly and traceably.

It all started 10 years ago — with classical job types (e.g. Freestyle, Maven, etc.). Every once in a while users contacted us because their jobs failed to build overnight. Why did the job fail? Was the failure related to a job configuration change? The users' typical answer was: "We didn’t change anything!", but is that really true? We thought about this and decided to develop a plugin that helped us solve this problem. This was the idea and the beginning of Job Configuration History.

Over the years the plugin got developed and is still under development. New functions were added, that not only view job configurations, but also changes of global and agent configurations. It is also possible to recover old configuration versions. Today the plugin has more than 30,000 installations. For many years JobConfigHistory relieves our daily work — with more than 3,000 Jenkins jobs! Then there was a new type of job: Pipelines.

Pipelines - something new was needed

This new problem is much more than JobConfigHistory. A new solution was needed to detect pipeline changes and show these changes in Jenkins. So we developed Pipeline Configuration History.

During every pipeline run the Jenkinsfile and related shared libraries are saved in the builds directory of the job. Pipeline Configuration History saves changes of the pipeline files between the last run and the previous run as history events. Therefore when a pipeline job ceases to build successfully, you can check if something has changed on any used pipeline file. You can also see the build where changes occurred.

Because a pipeline configuration can consist of several files where changes could have occurred, only files with changes between two builds are shown in the diff. That makes the whole thing more compact and effective: 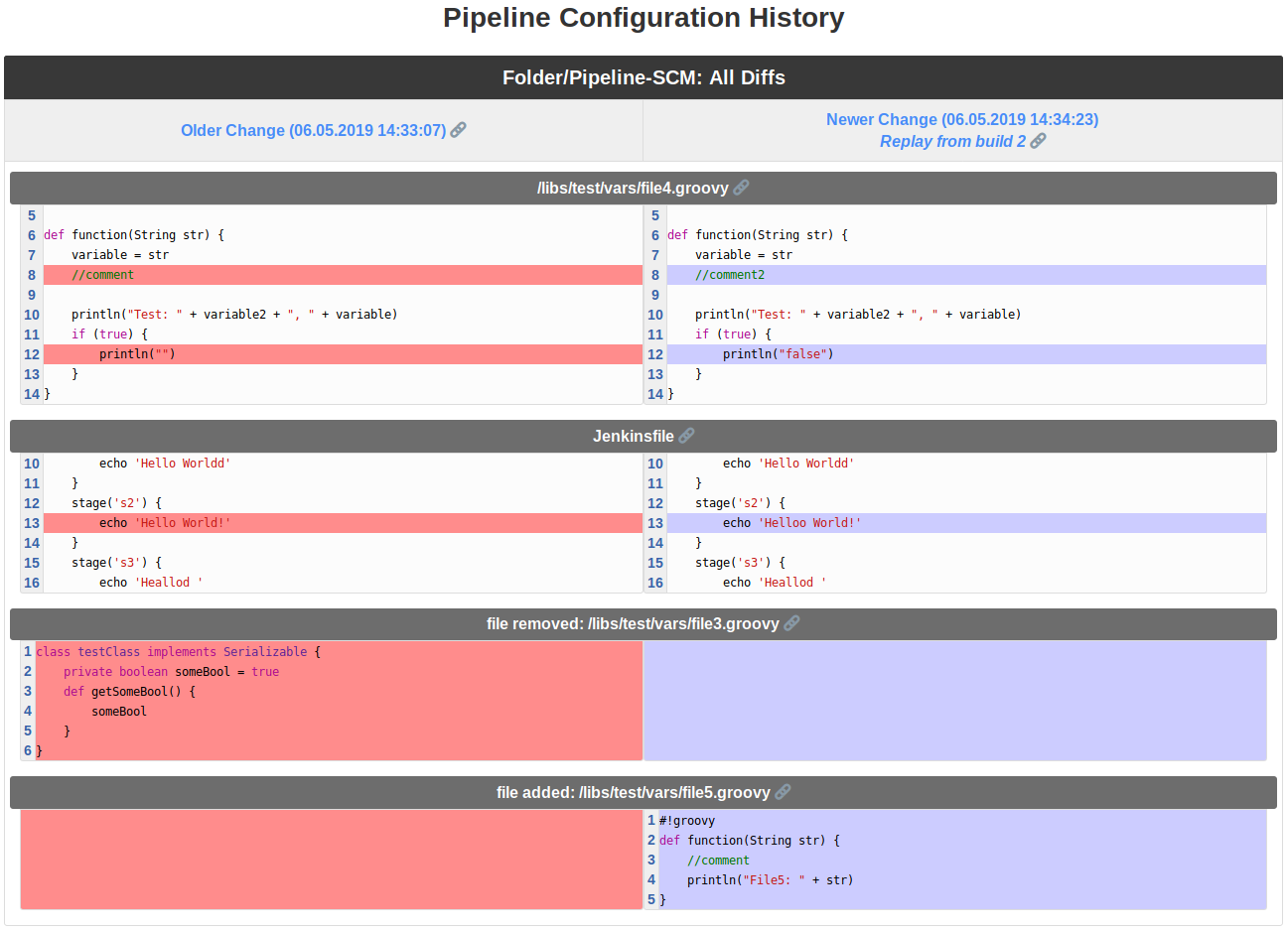 But sometimes you may want to show more than the differences between pipeline files. You may want to see which pipeline files are in use or the content of those files when they were used. So it’s possible to view all files and their content. If required you can download them as well: