When I first wrote about Jenkins Evergreen, which was then referred to as "Jenkins Essentials", I mentioned a number of future developments which in the subsequent months have become reality. At this year’s DevOps World - Jenkins World in San Francisco, I will be sharing more details on the philosophy behind Jenkins Evergreen, show off how far we have come, and discuss where we’re going with this radical distribution of Jenkins. 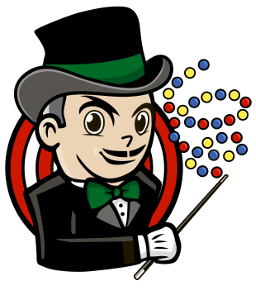 As discussed in my first blog post, and JEP-300, the first two pillars of Jenkins Evergreen have been the primary focus of our efforts.

Perhaps unsurprisingly, implementing the mechanisms necessary for safely and automatically updating a Jenkins distribution, which includes core and plugins, was and continues to be a sizable amount of work. In Baptiste’s talk he will be speaking about the details which make Evergreen "go" whereas I will be speaking about why an automatically updating distribution is important.

As continuous integration and continuous delivery have become more commonplace, and fundamental to modern software engineering, Jenkins tends to live two different lifestyles depending on the organization. In some organizations, Jenkins is managed and deployed methodically with automation tools like Chef, Puppet, etc. In many other organizations however, Jenkins is treated much more like an appliance, not unlike the office wireless router. Installed and so long as it continues to do its job, people won’t think about it too much.

Jenkins Evergreen’s distribution makes the "Jenkins as an Appliance" model much better for everybody by ensuring the latest feature updates, bug and security fixes are always installed in Jenkins.

Additionally, I believe Evergreen will serve another group we don’t adequately serve at the moment: those who want Jenkins to behave much more like a service. We typically don’t consider "versions" of GitHub.com, we receive incremental updates to the site and realize the benefits of GitHub’s on-going development without ever thinking about an "upgrade."

I believe Jenkins Evergreen can, and will provide that same experience.

The really powerful thing about Jenkins as a platform is the broad variety of patterns and practices different organizations may adopt. For newer users, or users with common use-cases, that significant amount of flexibility can result in a paradox of choice. With Jenkins Evergreen, much of the most common configuration is automatically configured out of the box.

Included is Jenkins Pipeline and Blue Ocean, by default. We also removed some legacy functionalities from Jenkins while we were at it.

We are also utilizing some of the fantastic Configuration as Code work, which recently had its 1.0 release, to automatically set sane defaults in Jenkins Evergreen.

If you can’t join us here in San Francisco, we hope to hear your feedback and thoughts in our Gitter channel!