Getting started with Taurus 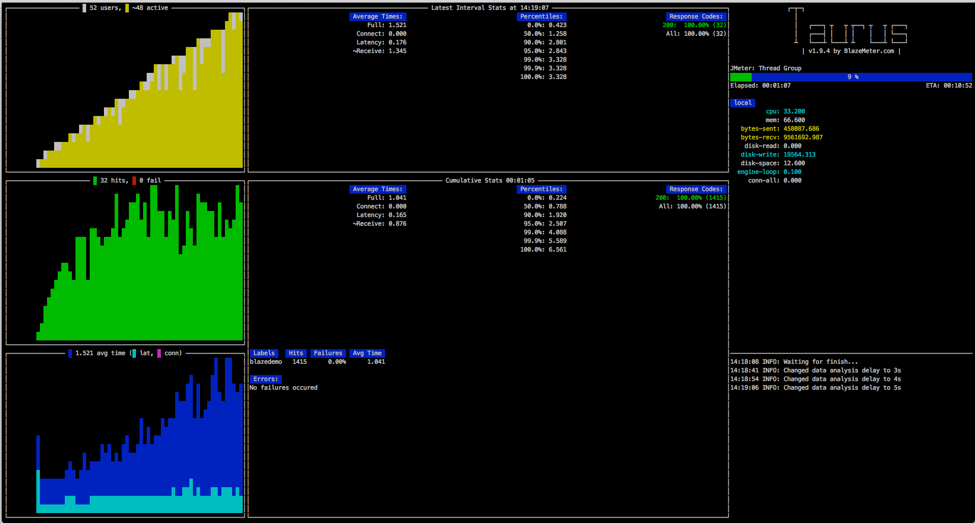 If you want to conduct an in-depth analysis of your test results, run your tests on BlazeMeter. You will be able to monitor KPIs through advanced and colorful reports, evaluate system health over time, and run your tests from multiple geo-locations.

Run the following command from the terminal:

To run Taurus through Pipeline, you can also go straight to Jenkins after creating your Taurus script.

Come to my free hands-on workshop “Learn to Release Faster by Load Testing With Jenkins” at Jenkins World 2017 on Tuesday August 29th from 1-5pm. You will learn how to test continuously with Jenkins, JMeter, BlazeMeter and Taurus, including how to run JMeter with Jenkins, run the BlazeMeter plugin for Jenkins and how to use open-source Taurus.