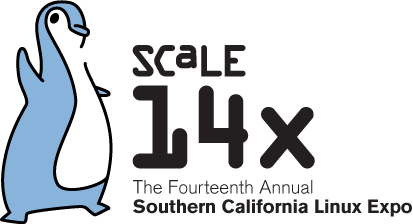 For the past few years, a couple members of the Jenkins project have made the trip to Los Angeles for the Southern California Linux Expo. Despite the name it’s a fairly broad open source technology conference and since it is hosted prior to FOSDEM, it’s also a good conference to get us in the open source mood after the holiday break.

Unlike previous years, when SCaLE was hosted at the LAX Hilton, this year it has grown and moved to the Pasadena Convention Center. There, as with previous years, we’ll have a table in the expo hall with plenty of stickers and perhaps some other forms of swag available for devotees to collect.

The expo hall will be open January 23rd and January 24th, and a few Jenkins contributors will be there to ask questions to, talk about CI/CD and hand out stickers.

Additionally, I have a presentation on Saturday, January 23rd titled "Continuous Delivery of Infrastructure with Jenkins"

"" In this talk we will review continuous delivery concepts and put them into practice by building a continuous delivery pipeline with Jenkins to test, stage and deploy to infrastructure code to production. Reducing the effort, error rate and time it takes to deploy a configuration to change to production means less time fighting fires and more time doing what you want. ""

If you’re in the LA area, we hope to see you for SCaLE 14X in Pasadena!