At the time, there was no way to reliably measure improvements in performance. Therefore, we started by creating a framework for running micro-benchmarks on Jenkins Plugins. Benchmarks using the framework were added to the Role Strategy Plugin find performance critical parts of the plugins and to measure the improvements of a change. This blog post summarizes the changes that were made and performance improvements measured.

A couple of major changes were made to the Role Strategy Plugin to improve its performance. First, we started collection of roles that matched a given project name. The Role Strategy plugin before version 2.12 used to run over regular expressions for every role that it had for every permission checking request it got. Storing this produced set of roles in the memory provides us large improvements in performance and avoids repeated matching of project names with regular expressions. For keeping the plugin working securely, we invalidate the cache whenever any update is made to the roles.

After this change, we were able to observe performance improvements of up to 3300%. These improvements were visualized using JMH Visualizer. 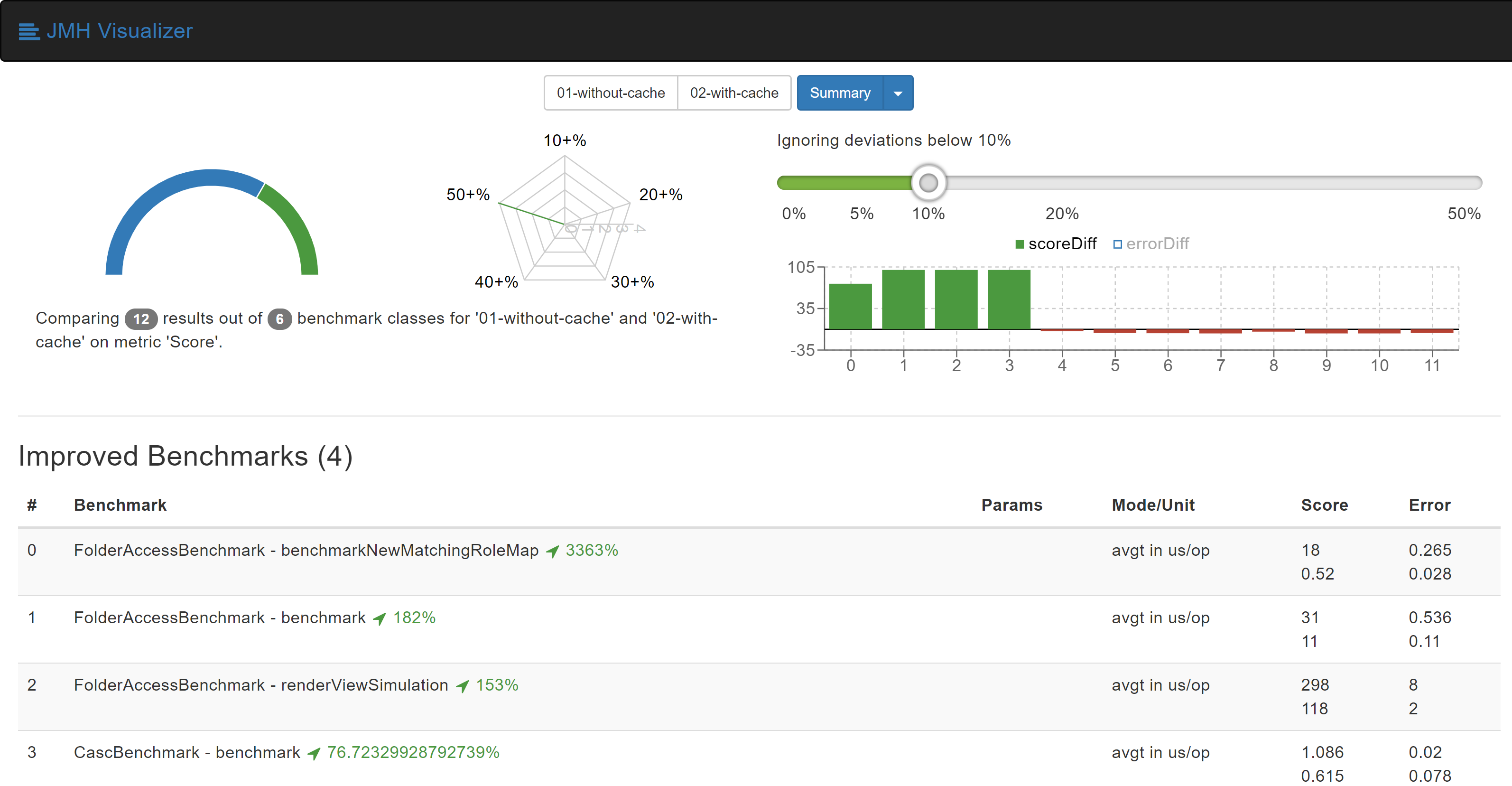 More information is available at pull request on GitHub: https://github.com/jenkinsci/role-strategy-plugin/pull/81

After both of these changes, we were able to experience improvements of up to 10000%. The benchmark results show it better: 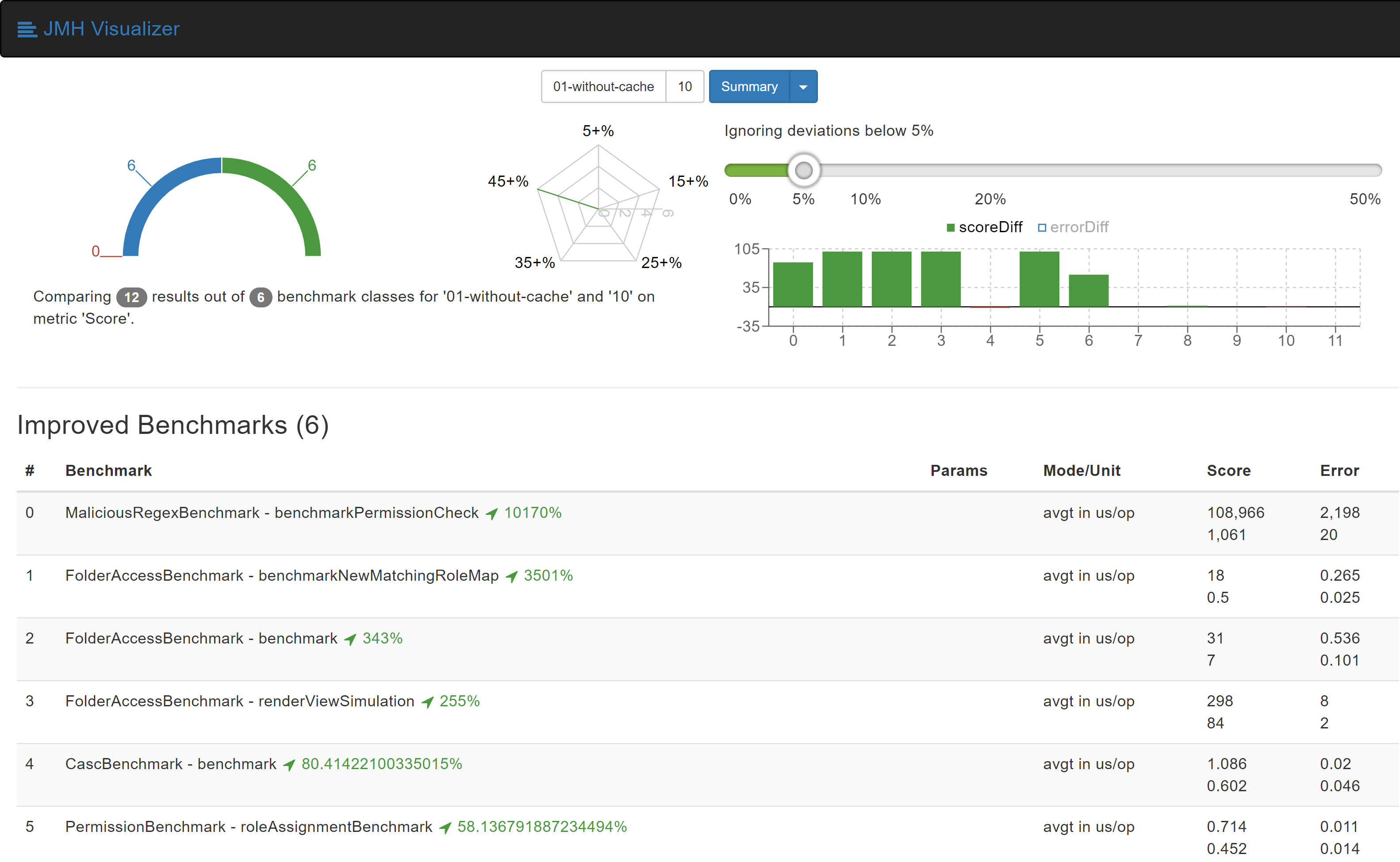 More information about this change can be found at the GitHub pull request: https://github.com/jenkinsci/role-strategy-plugin/pull/83

Both of these changes were integrated into the Role Strategy Plugin and the improvements can be experienced starting with version 2.13.

With Configuration-as-Code plugin version 1.24 and above, export of your configuration as YAML now works!

As an alternative to Role Strategy Plugin, I also created the brand new Folder Authorization Plugin. You can check out the blog post for more information about the plugin.