The Windows Installer for Jenkins has been around for many years as a way for users to install a Jenkins controller on Windows as a service. Since it’s initial development, it has not received a lot of updates or features, but that is about to change.

First, let’s take a look at the current installer experience. 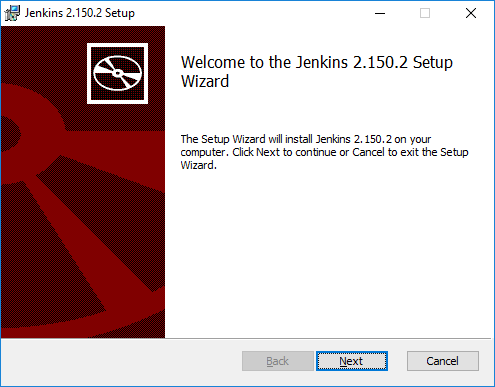 This is the default look and feel for a Windows Installer using the WiX Toolset, not very pretty and doesn’t give much branding information as to what the installer is for. 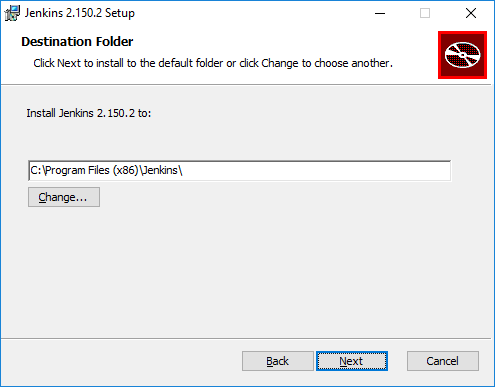 Again, not much branding information. 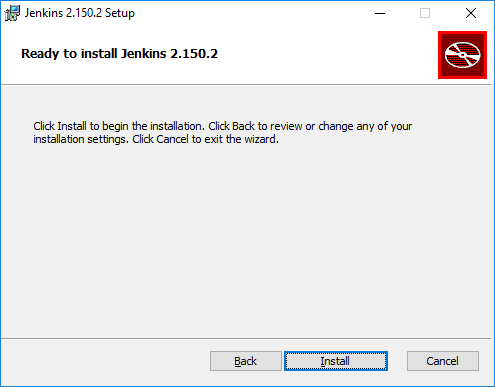 The installer in general does not give many options for installing Jenkins, other than selecting the installation location.

The current installer has a few issues that the Platform SIG wanted to fix in a new install experience for users.

With the experimental Jenkins Windows Installer, most of these issues have been resolved!

Below are screenshots of the new installer sequence: 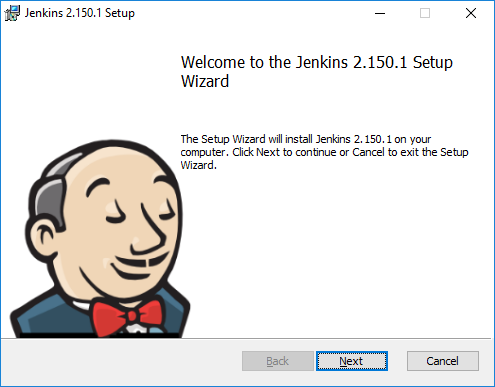 The Jenkins logo is now a prominent part of the UI for the installer. 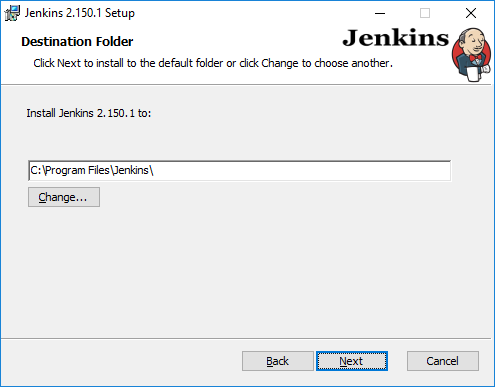 The Jenkins logo and name are now in the header during all phases of the installer. 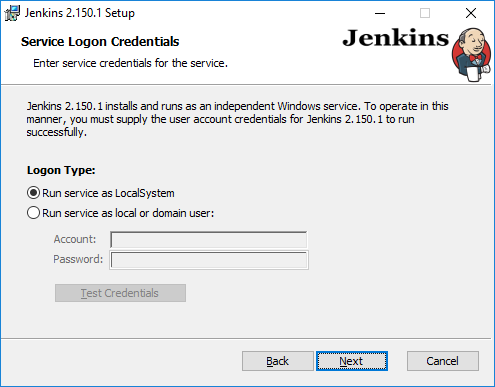 The installer now allows you to specify the username/password for the account to run as and checks that the account has LogonAsService rights. 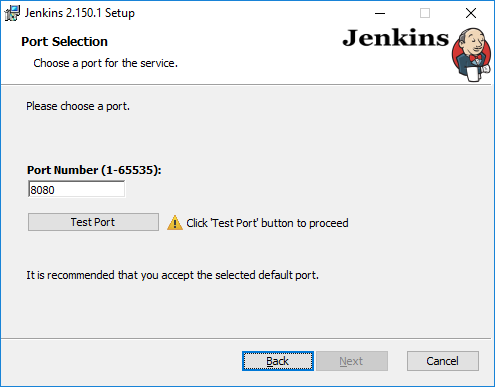 The installer also allows you to specify the port that Jenkins should run on and will not continue until a valid port is entered and tested. 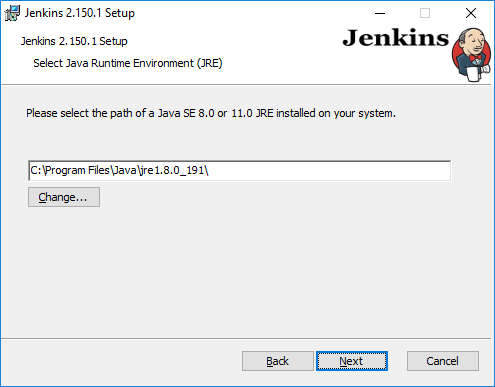 Instead of bundling a JRE, the installer now searches for a compatible JRE on the system (JRE 8 is the current search). If you want to use a different JRE on the system than the one found by the installer, you can browse and specify it. Only JRE 8 and JRE 11 runtimes are supported. The installer will automatically add the necessary arguments and additional jar files for running under Java 11 if the selected JRE is found to be version 11. 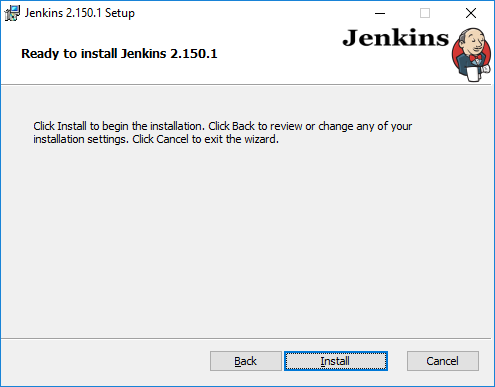 All of the items that users can enter in the installer should be overridable on the command line for automated deployment as well. The full list of properties that can be overridden will be available soon.

There are still some things that are being researched and implemented in the new installer (e.g., keeping port and other selections when doing an upgrade), but it is getting close to release.

In addition to updates to the MSI based Windows installer, the Platform SIG is working on taking over the Chocolatey Jenkins package and releasing a version for each update.