We’re counting down the weeks until Blue Ocean 1.0. In all the excitement I forgot to post a dev log last week, so I will make up for it this week.

In the last 10 days, 2 betas went out: b22 and b23, and a preview release of the editor. We expect the next release will be named a release candidate (we know there is still more to go in, but want to signal that things are getting into the final stages!). The Gitter chat room is getting busier, so join in! 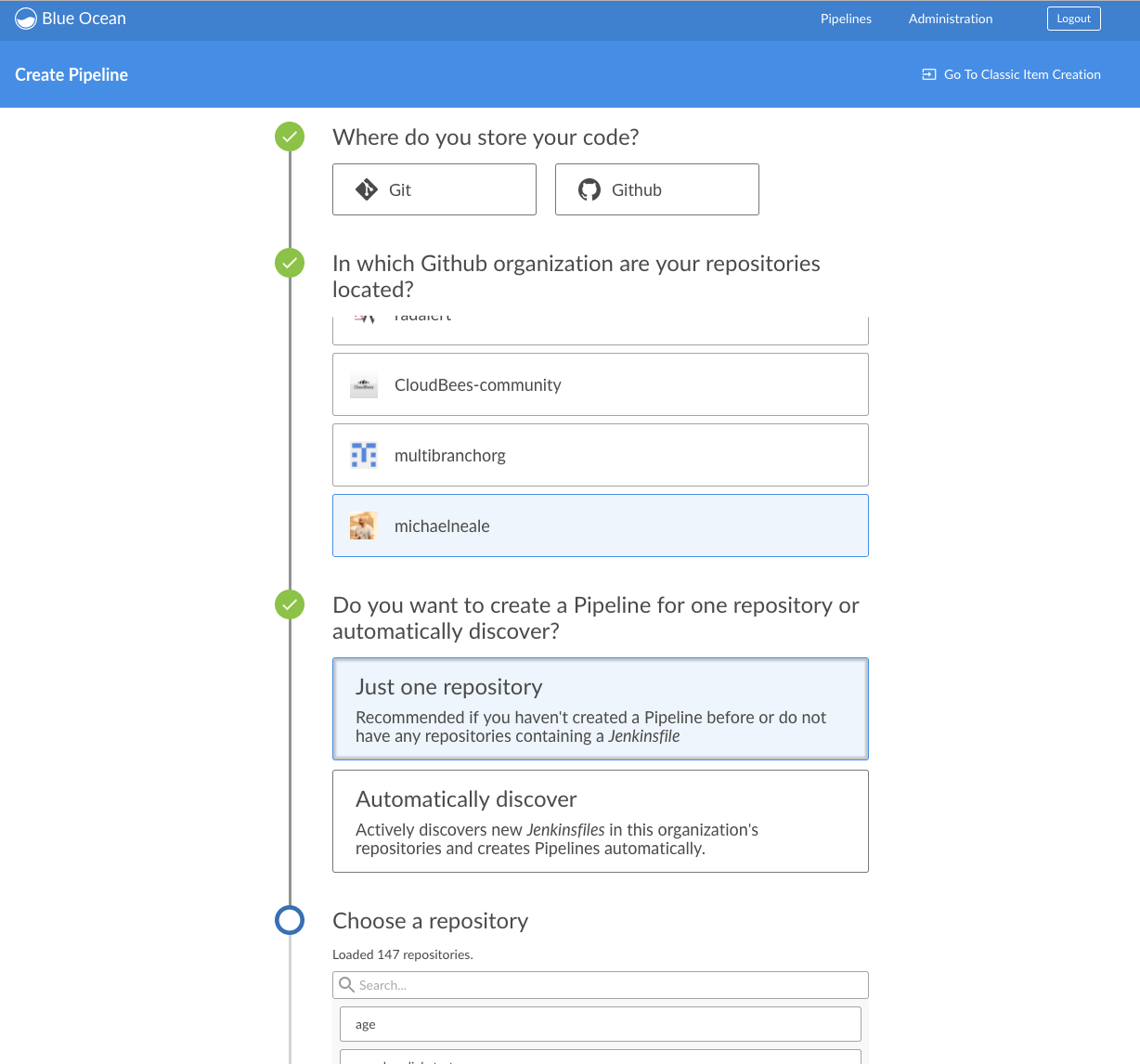 Don’t forget, there is also a Blue Ocean Docker image published weekly with usually the latest released version. If you have Docker installed, this can be as simple as:

Then browse to localhost:8080/blue - possibly the quickest way to try things.